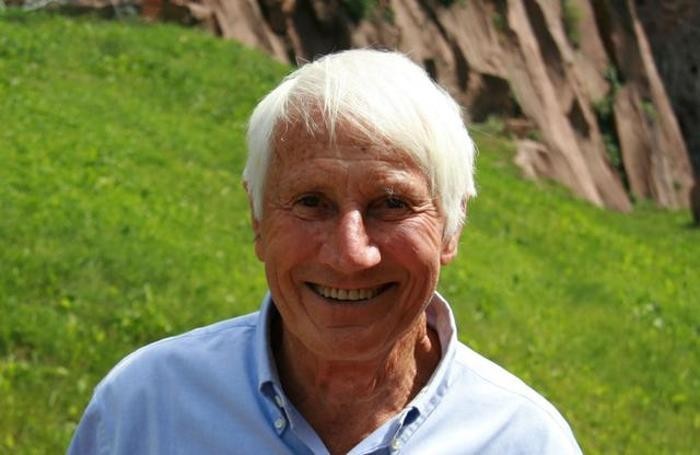 In 1965, when Walter Bonatti bid farewell to alpinism, he was without doubt the greatest climber of his day. For his swansong, Bonatti thought of a fabulous exploit: the first solo ascent in winter of the direct route on the North face of the Matterhorn.  At 35 years OF age, he accomplished his masterpiece, the pinnacle of a fantastic series of climbs.

The young man from Bergama erupted onto the climbing scene in 1949.  He was 19 when he made the sixth ascent of the Walker Spur on the Grandes Jorasses with three young friends: Mario Bianchi, Emilio Villa and Andrea Oggioni.  Two years later, with Luciano Ghigo, he solved the final problem of the moment, the East face of the Grand Capucin, the steepest rock wall on the Mont Blanc massif.  In 1954 Bonatti participated in the Italian expedition to K2; A painful experience, during which he survived a terrible bivouac at high altitude with the porter Mahdi, following a misunderstanding with his companions.  When he returned, he faced unjustified attacks and he was not exonerated until 50 years later.

As a result, he threw himself into an extraordinary challenge and over five days in the summer of 1955, he succeeded in the first solo ascent of the South-West pillar of the Dru.  There followed the first ascents of the East face of the Grand Pilier d'Angle on Mont Blanc (1957 with Toni Gobbi), the Red Pillar of Brouillard (1959, with Andrea Oggioni) and the North face of the Grand Pilier d'Angle, a terrible ice climb  (1962, with Cosimo Zappelli).

He made his come-back in the Himalayas in 1958 at Gasherbrum IV (7980 m), where he reached the summit with Carlo Mauri.

In 1961, he luckily escaped the tragedy on the Frêney Pillar on Mont Blanc, during the course of which, four of the seven climbers died in a storm.  In January 1963, he succeeded in polar conditions, the much-envied first winter ascent of the Walker Spur of the Grandes Jorasses.  His first ascents rarely gave rise to any tales.  They are notable for the logic of the route-finding, their commitment, their artistry and a respect for the ethics of natural alpinism.

After his exploit on the Matterhorn, Walter Bonatti devoted his time to travelling, photography and writing.  He works with the big Italian magazines like Epoca.  Even though he remains apart from the mountaineering world, he is still an icon.  His route on the Grand Capucin has become a classic and his pillar on the Dru is a model of elegance, which all alpinists dream of climbing.  However the importance of Walter Bonatti is far more than simply the enumeration of his performances, it lies in the discourse of the honest, tough, humanistic man that he is.

Forty-five years after his final climb, Walter Bonatti remains a role-model for the climbing world.