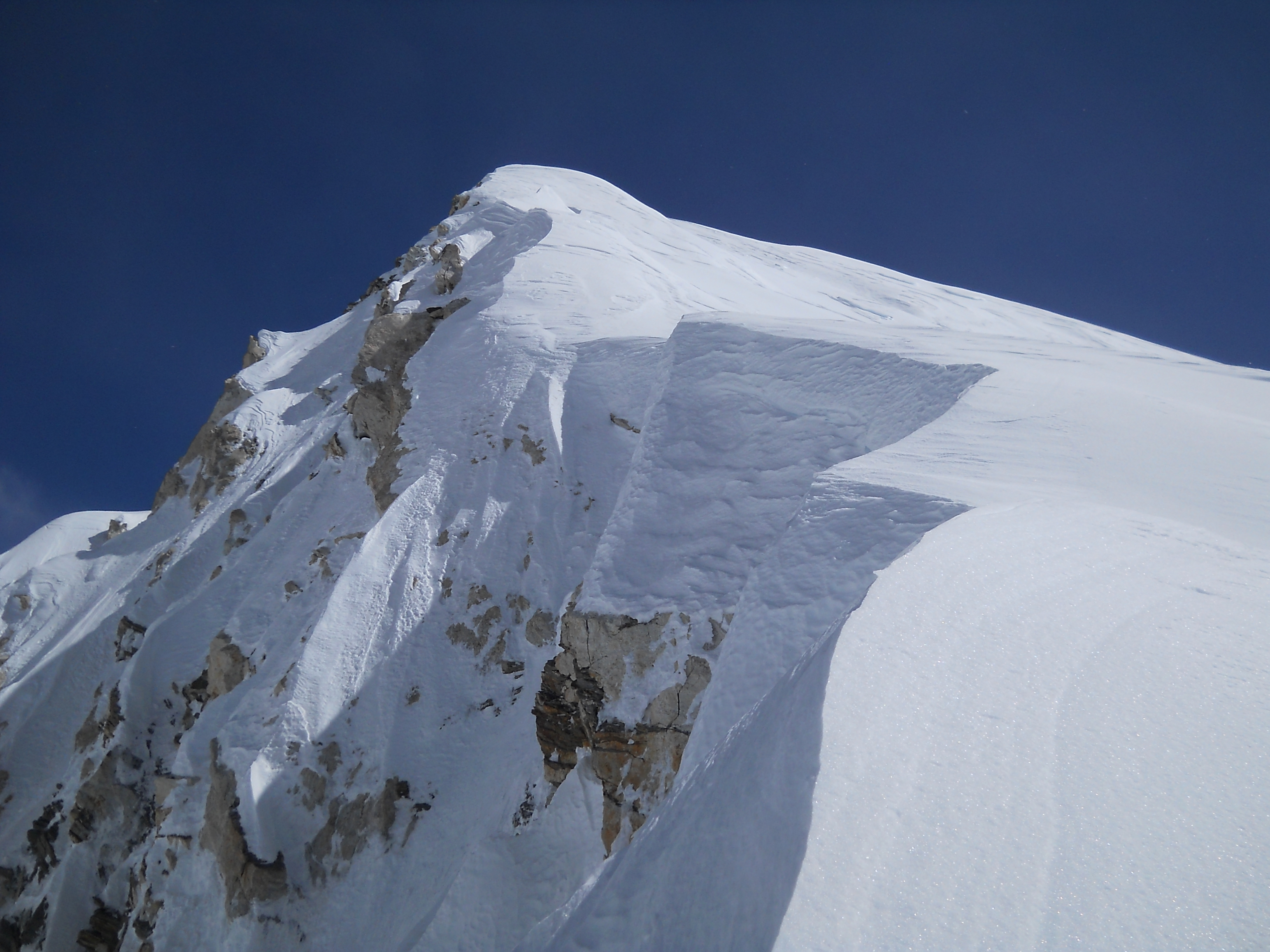 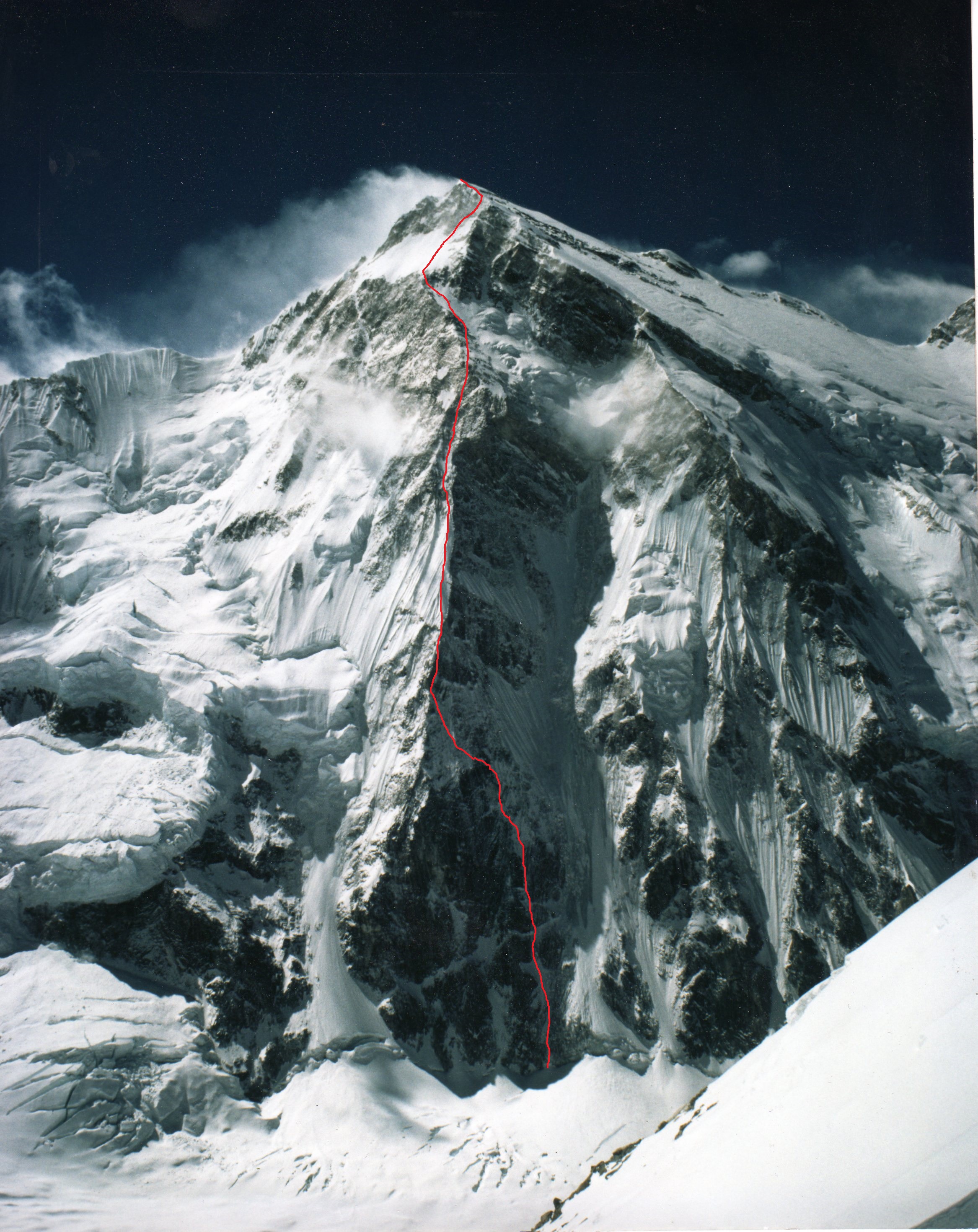 Having gained confidence from their first ascent of the northwest pillar of Langshisha Ri (6,427 m) during their maiden Himalayan expedition in 2014, Ukrainian alpinists Mikhail Fomin and Nikita Balabanov decided to up the level of commitment a notch. From 18 to 23 October (after five bivouacs), the pair made the first ascent of the coveted north-northwest pillar of Talung. Their ascent was the fifth ascent of the mountain. The first ascent of the adjacent north face was nominated for a Piolet d’Or in 2014, and came after two attempts by Marek Holecek on this same pillar. Fomin and Balabnov’s 1,700 m line, which they called Daddy Magnum Force, is rated ED+. The maximum difficulties are estimated at M6 and A3. The team considers that the route they climbed is close to the maximum of their abilities, and they were glad to be able to take turns each day with the route finding. They descended by the west face, which they’d reconnoitred during the approach, with a bivouac at 6,700 m. 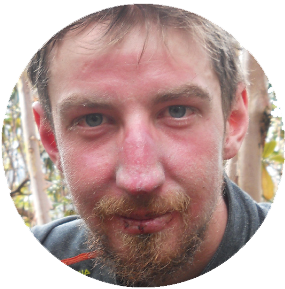 Born in 1989 in Kuznetsovsk, western Ukraine, Nikita began travelling in the mountains with his parents at the age of five. After joining his local club, Nikita moved to Kiev, where he began to start climbing more seriously. Since then he has climbed numerous routes, winter and summer alike, in the Caucasus, Crimea, Tian-Shan, and the Hibiny mountains (Kola peninsula, northwest Russia). In 2014 he visited the Himalaya for the first time, making the first ascent of the northwest pillar of Langshisha Ri with Mikhail Fomin and Slava Polezhaiko. Nikita is married and works as the head manager of one of the biggest outdoor shops in Ukraine. So when he’s not surrounded by tons of gear at work, he’s surrounded by it in the mountains! 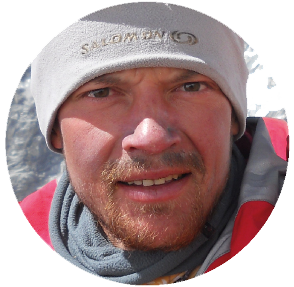 Born in 1981 in Nikolaev, Ukraine, Mikhail got his first taste of climbing related activities at the age of 3, when his parents took him hiking and to watch climbing competitions in Ukraine. He got his first mountaineering experience with his father in the Crimean mountains, and then continued to climb in the Caucasus, Pamir and Tien-Shan. After making the first ascent of the south pillar of Ushba South in 2011, Mikhail went on to make the first ascent of the northwest pillar of Langshisha Ri with Nikita Balabanov and Slava Polezhaiko in 2014. Married and the father of a 4 year- old boy, Mikhail works in the information technology industry.