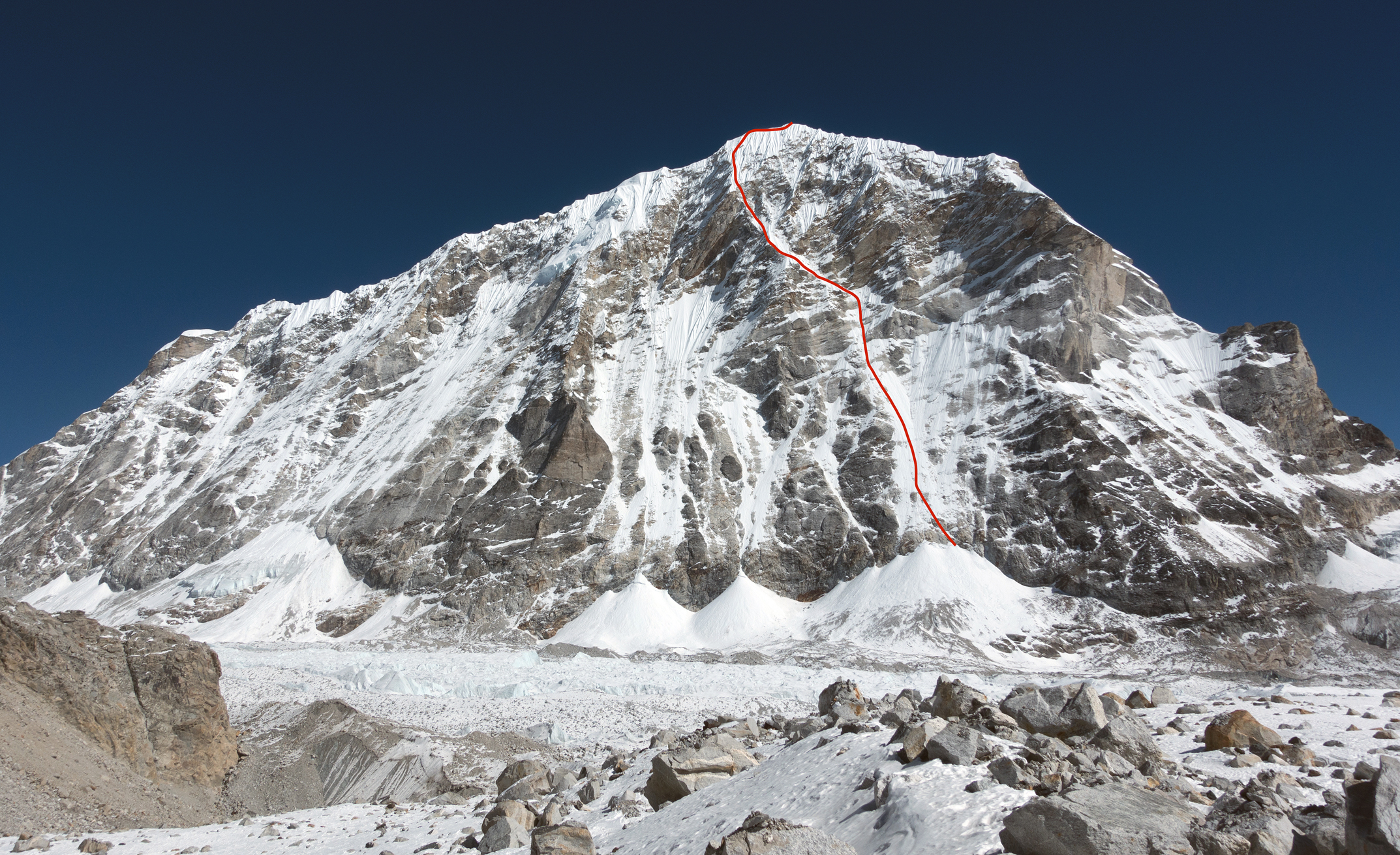 In 2012, on their first expedition to the Himalaya, Alan Rousseau and Tino Villanueva made the first ascent of Langmoche Ri on the north ridge of Tengi Ragi Tau in Nepal's Rolwaling Himal. Walking below the west face of Tengi Ragi Tau they were mesmerized by its sheer magnitude and fine ice runnels through beautiful granite. They returned in 2014 to attempt a direct line, climbing to around 6,500m in less than ideal weather before retreating. Five years later and the face was now attracting the attention of several strong parties. 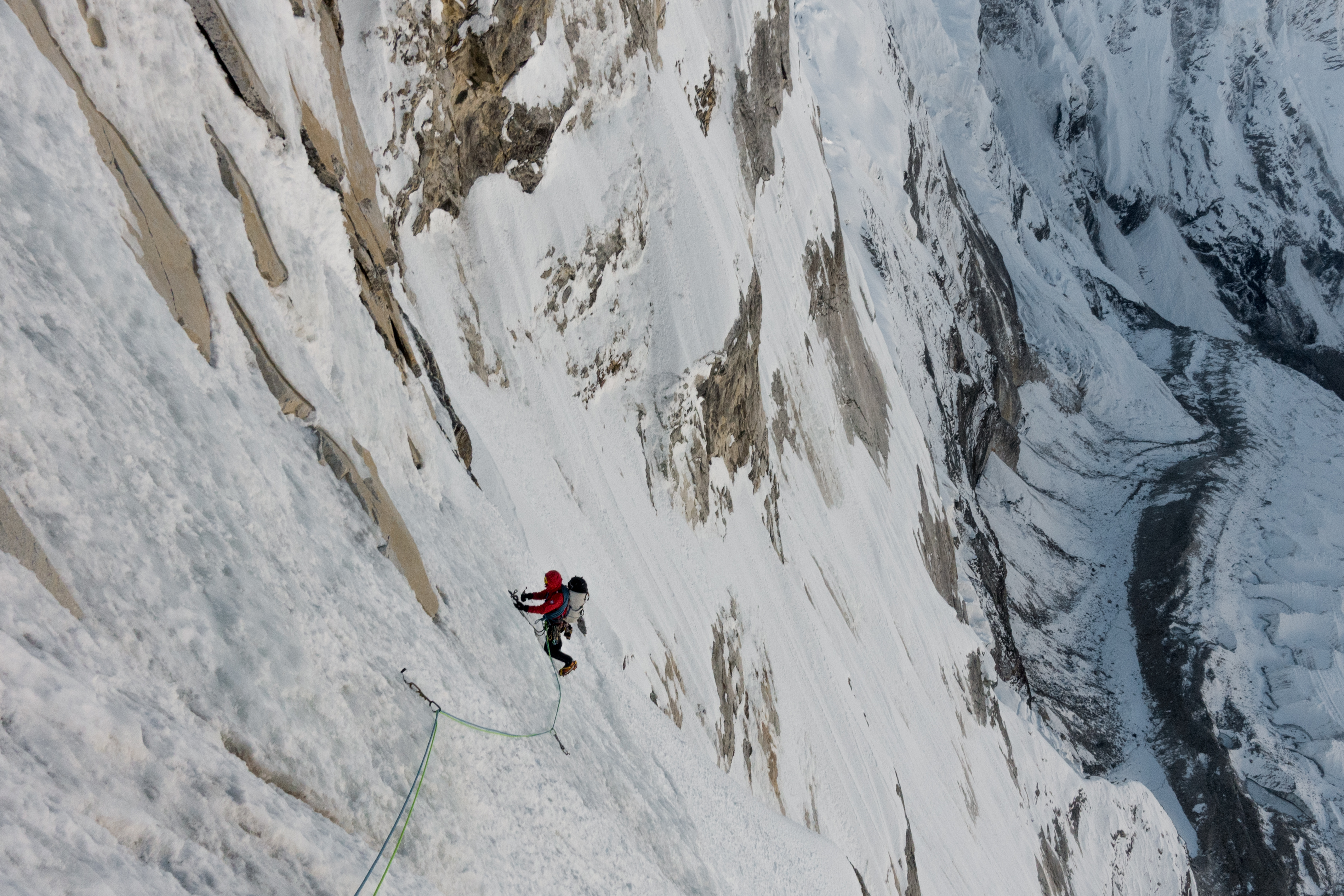 Starting out on day two on route - ©Tino Villanueva

After crossing the Tashi Laptsa pass and camping on the Drolambo Glacier, the two Americans climbed the initial dry-tooling pitches to access the snowy face, then made three bivouacs before reaching the summit. A tricky rappel descent was made down the line of ascent. With a multi-pitch ice crux high on the route, followed by steep flutings of unprotectable snow, this technical and elegant line on one of the most outstanding unclimbed faces of the Rolwaling was just reward for the perseverance of two experienced alpine guides. Their ascent was only the second of this difficult mountain and the first in alpine style. 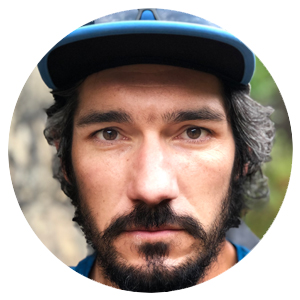 Tino is an IFMGA/UIAGM mountain guide who makes his home in Seattle, WA and seasonally bases out of Chamonix, France during the summer and Cordova, AK during the winter.  A veteran of many expeditions, Tino has climbed on five continents, on remote and high altitude peaks from Krygyzstan to Kenya, with a particular focus on the Greater Ranges of Nepal and India. He also specializes in ski mountaineering and has a number of first ski descents and ski film projects to his name.  Tino’s climbs with partner Alan Rousseau made the Piolets D’Or list of significant climbs in 2012 with the first peak ascent of Langmoche Ri (6611m), 2014 with the first ascent of the west face of Pacharmo (6275m, AI4 M5), and 2017 with the first peak ascent of Rungofarka (6495m, WI4+ M6).  These climbs have been supported by the American Alpine Club, as well as grants from the Copp-Dash Inspire Award (2017, 2019), the Cutting Edge Award (2014, 2018), and the Mugs Stump Award (2017). 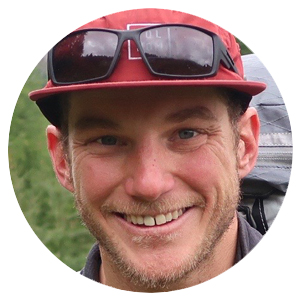 Alan is an IFMGA guide, living in Salt Lake City, Utah. In addition to ski and ice climbing guiding near his home, Alan guides alpine climbing in Alaska and the European Alps. In addition to establishing new routes in the Himalayas, he has been an active climber in the Alaska Range including a first ascent on the East face of Mount Dickey, ‘Ruth gorge grinder’ (M7WI6+1600M).
FaLang translation system by Faboba